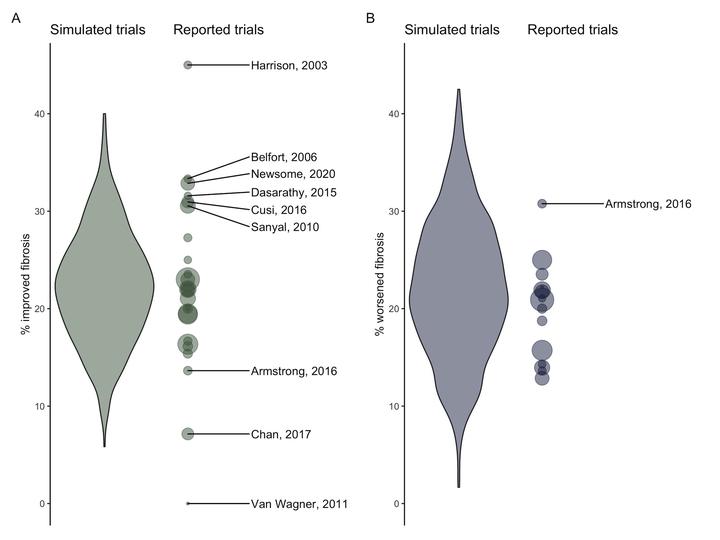 Background & Aims Liver histology is the primary endpoint in phase 3 trials in nonalcoholic steatohepatitis (NASH). There is an appreciable response to placebo that confounds endpoint assessment. The aim of this study was to quantify contributors to the placebo response and its impact on liver fibrosis improvement. Methods Estimates of fibrosis improvement in placebo treated participants were made using probabilistic simulation. Each simulated trial included 120 participants. Parameters considered in the model included sampling and observer variability, regression to the mean, and net fibrosis progression calibrated to reported trial outcomes. Results In large phase 2b and 3 trials, 22% of placebo treated participants with fibrosis stage 2 or 3 NASH at baseline improved by at least one fibrosis stage with minimal net disease progression. Estimates of sampling and observer variability in simultaneous biopsy studies highlighted an imbalance where apparent fibrosis improvement was more likely than worsening. Using these estimates and known trial outcomes, net fibrosis progression was estimated at 0.05 stages per year. Simulations of the placebo response rate showed a rate of 22% with 80% of trials falling between 15 and 30%, in keeping with trials reported to date. Additional increases in observer variability further increased the placebo response. Conclusions The analyses presented simply define the placebo response in liver fibrosis in trials in NASH in terms of sampling and observer variability, regression to the mean, and fibrosis progression. Factors relating to liver biopsy are largely unmodifiable and the variation in placebo response rates, both simulated and observed, challenges the role of biopsy in trial endpoint assessment. 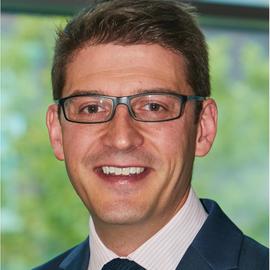